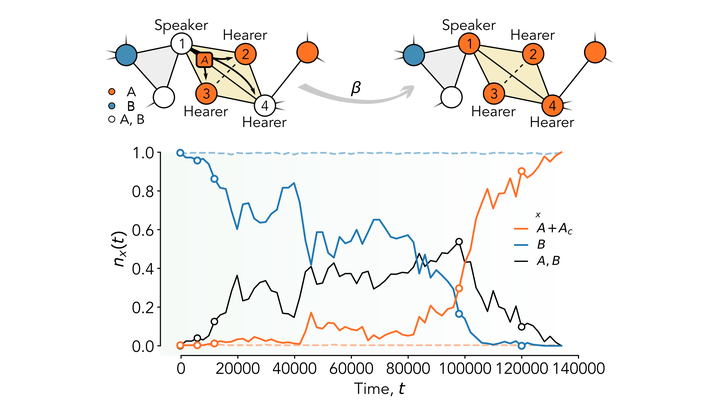 How can minorities of regular individuals overturn social conventions? Theoretical and empirical studies have proposed that when a committed minority reaches a critical group size–ranging from 10pc of the population up to 40pc–a cascade of behaviour change rapidly increases the acceptance of the minority view and apparently stable social norms can be overturned. However, several observations suggest that much smaller groups may be sufficient to bring the system to a tipping point. Here, we generalise a model previously used for both theoretical and empirical investigations of tipping points in social convention and find that the critical mass necessary to trigger behaviour change is dramatically reduced if individuals are less prone to change their views, i.e., are more resistant to social influence. We show that groups smaller than 3pc of the population are effective on different kinds of social networks, both when pairwise or group interactions are considered, and in a broad region of the parameter space. In some cases, even groups as small as 0.3pc may overturn the current social norm. Our findings reconcile the numerous observational accounts of rapid change in social convention triggered by committed minorities with the apparent difficulty of establishing such large minorities in the first place. We anticipate that they will be of interest for both researchers and practitioners interested in understanding the phenomenon of norm change, and in designing interventions aimed at contrasting such global challenges as climate change and vaccine hesitancy.